Today marks one year on the road! We thought the whole trip was going to be six months, and now it looks like it’ll be more like a year and a half. You can plan for almost everything, but you never really know how long things will take, where the road will lead you, or how much you’ll love the adventure. To mark the occasion, we thought we’d take over Neli’s blog for a day and share some of the details with you.

Here’s a quick and dirty number breakdown: 365 days, 7 countries (with two visits to 5 of them so far), almost 10,000 miles, spending an average of $75 a day (which includes absolutely everything, from import permits to doctor’s visits to ferries, dog food to gasoline to souvenirs). That’s about $2,280 a month, which is basically what we were paying in rent back home. We spent one night sleeping on the deck of a cargo ferry, 30 nights in hotel rooms, 1 night in an 8-bed dorm room, 60 nights housesitting in Costa Rica and 38 nights in a rented house on the shores of Lake Atitlan. The rest of the time was spent sleeping in Bliss Island, our trusty camper.

It’s worth mentioning that we never made it to Panama. That was obviously not the plan. The trip was supposed to end in Panama City, but after we spent two months housesitting in Costa Rica, we ran into a snag in the rules regarding temporary vehicle import permits. Basically, we ran out of time, and were wary of getting stuck in Panama for three months. We’re disappointed we never made our final destination, but you know what they say about the journey…

It’s really hard to explain what this year has meant to us, with more new experiences, new friends and beautiful beaches than we could ever count. We’ve had ups and downs, but far more ups, and we can easily say this is one of the most amazing things either of us have ever done. We do have some standouts though, so here’s a quick look at some of our favorite people, places and things from our year on the road. 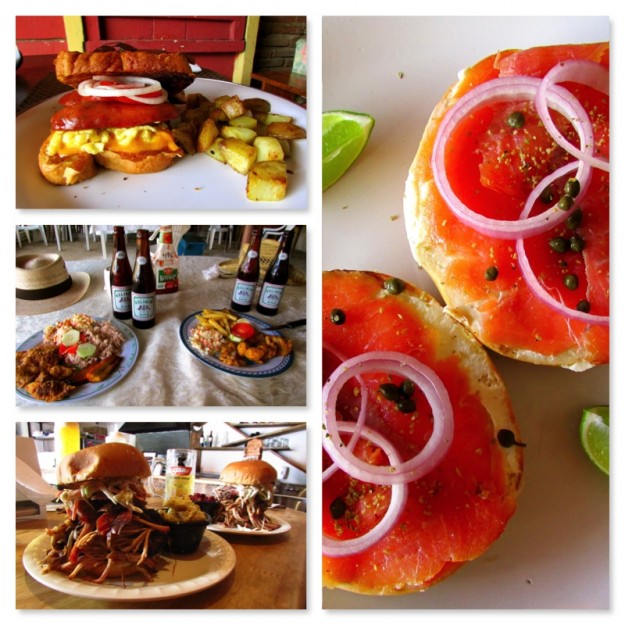 Food: If you know us, you know any recap HAS to start with food. We’ve loved trying the local fare in each country, stretching our palates while always hunting for cheap, delicious street carts. The fresh fruits and vegetables, while sometimes limited in selection, are always cheap and tasty. We had a ton of fun shopping in local markets at every stop.

Cooking on your own is one thing, but cooking together with friends makes everything taste that much better. We’re pretty sure that our friends Marcia and Andre thought we timed our ‘accidental meetings’ to coincide with lunch or dinner. Marcia also taught us how to make real deal Brazilian rice, our go-to at least once a week. Kenny and Jenn‘s carnitas could win an award, and inspired us to attempt recreating it. Sam and Erica made us curry, and now that we know how to do it it’s become our go-to for cleaning out the veggie box. We were also lucky enough to share Christmas dinner at Overlander Oasis with Calvin, Leanne, and a bunch of new friends. We’ve had fantastic homemade sushi with Sarah and Hani, and a sliders party with Chloe and Toby. In general, we try to prepare two of our own meals a day, but here are some of our favorites we’ve found along the way. 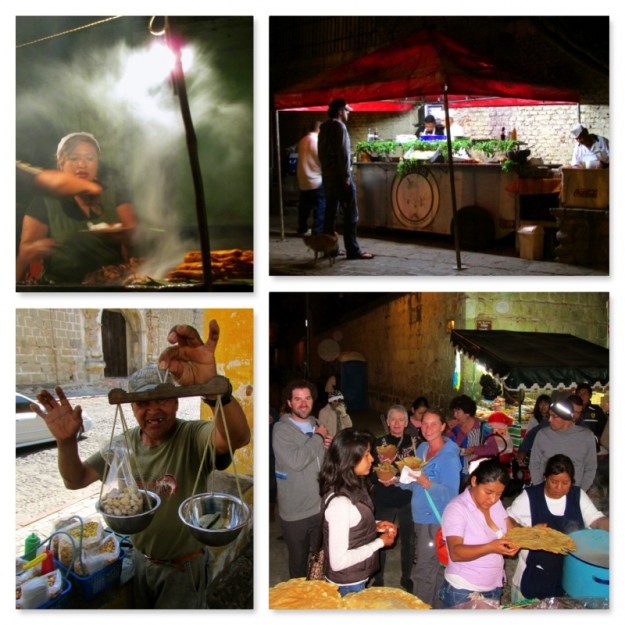 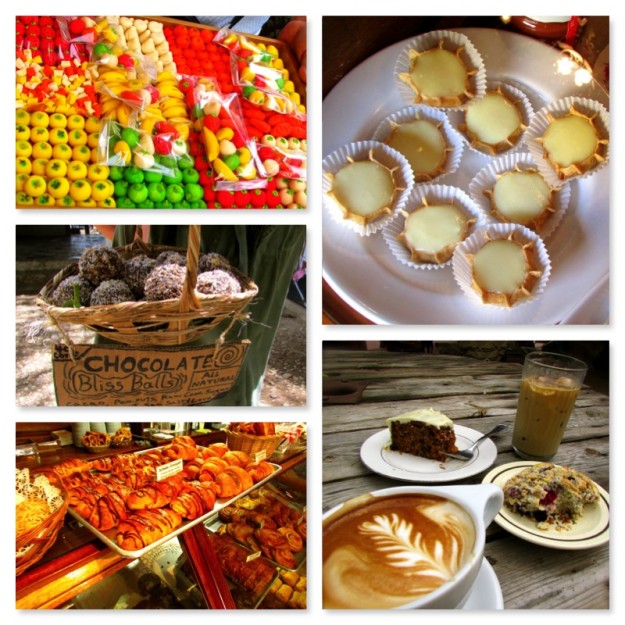 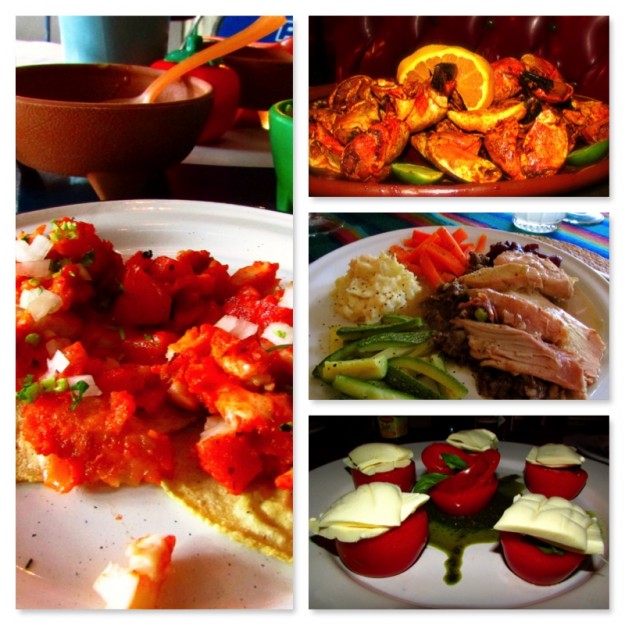 Drinks: Chances are if we’re eating, we’re probably drinking as well. Nothing beats an ice cold beer at our campsite after a long, dusty, bumpy, stressful driving day or a homemade sundowner on the beach while wild camping. There have been some amazing finds, however. Here are our standout drinks. 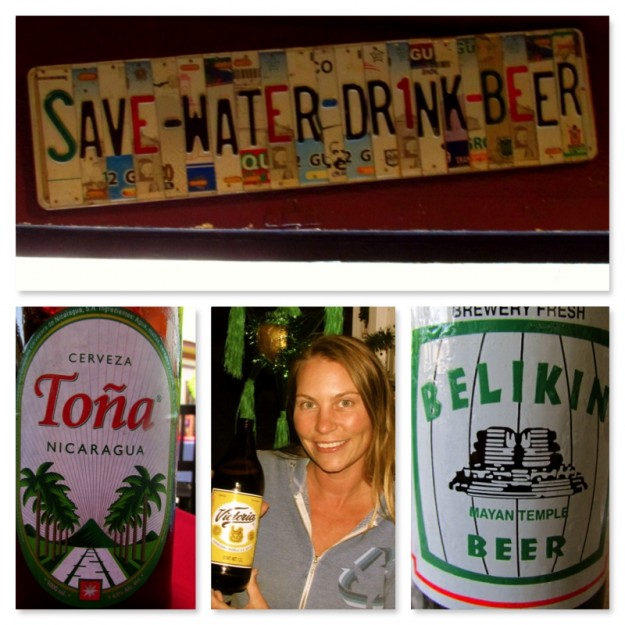 Places We Loved: This is a really tough one, as we found something to love in almost every place we stopped. There are some standouts, however, places we thought we could potentially never leave. 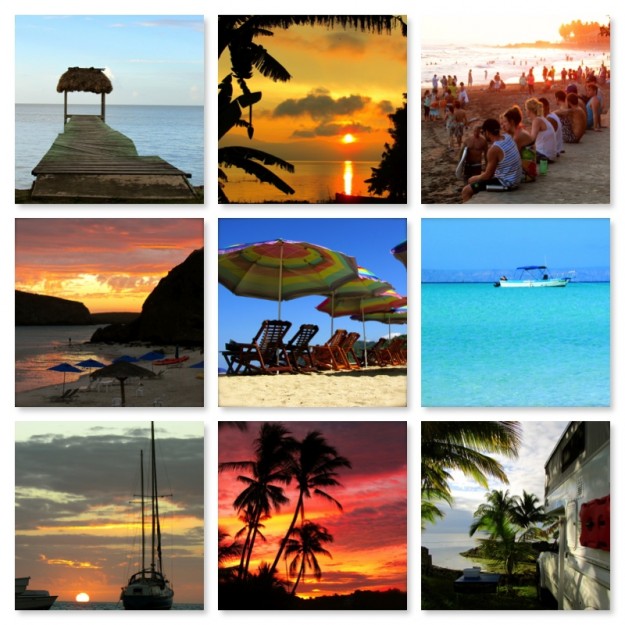 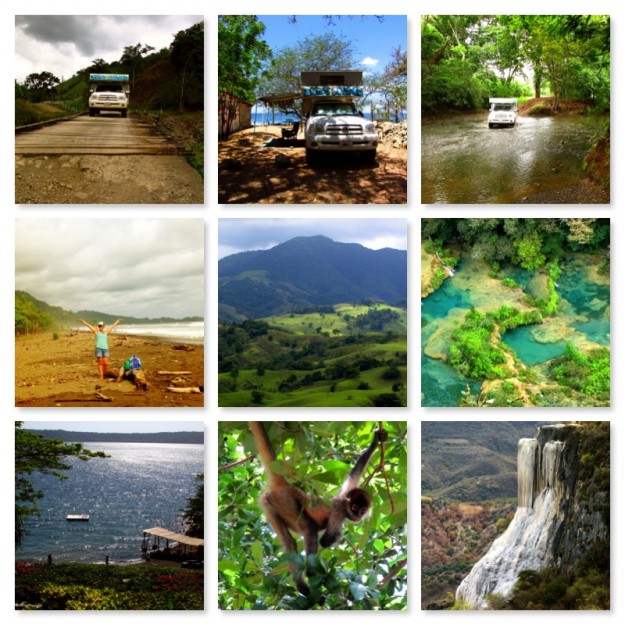 Relationships: You would think spending 24 hours a day together, living in the square footage of the bed of a pickup truck that our relationship would have been sorely tested. We don’t know if it’s because we lived in such a tiny house before or if we’ve just had a blessed trip, but we really never argue. The trip has brought us closer together, both literally and figuratively, and beside a couple of grumpy, long driving days it’s been smooth sailing. 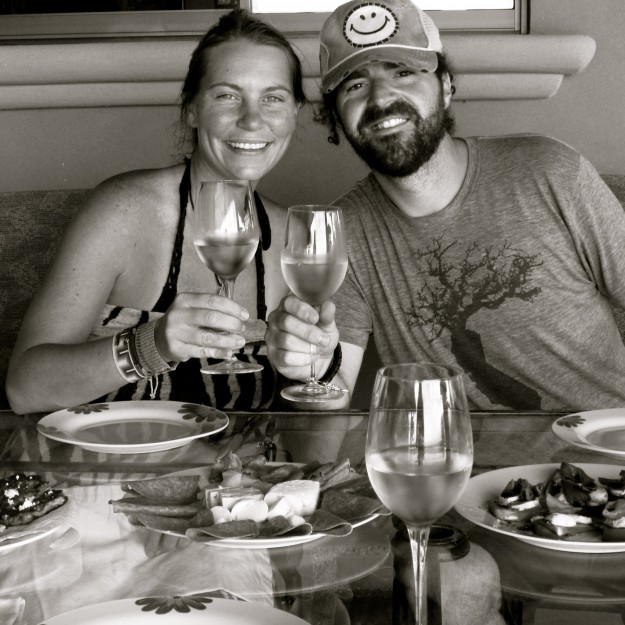 We’ve also found that our definitions have changed drastically. Our definition of ‘clean’, for example, is much more relative now. Both concerning ourselves and our environment. Bathrooms that would turn your stomach back home have become an oasis down here. We’ve gone from showering daily in the US to questioning whether or not we smell after the third day on the road. Cheap vs. expensive has been totally redefined: if a beer costs more than $1.25, that’s expensive. Sleeping in late means getting up after the sun has risen. 7:30 is super late. Staying up past RV Midnight (9:30) is often a challenge.

Our lives have become much simpler. We sold 90% of what we owned, and still feel like we have too much stuff. When we were leaving home, Victoria sold or donated over 75 pairs of shoes, most of which had only been worn once, if at all. Running water is a luxury. Hot water is an even bigger luxury. Toilet seats are miraculous, though we still don’t understand why they seem to be optional in many places. Gas, electricity and internet are not basic human rights, and often take some hunting to track down. Jason has spent many frantic mornings riding in the back of pickup trucks trying to find WiFi that can handle a Skype call. 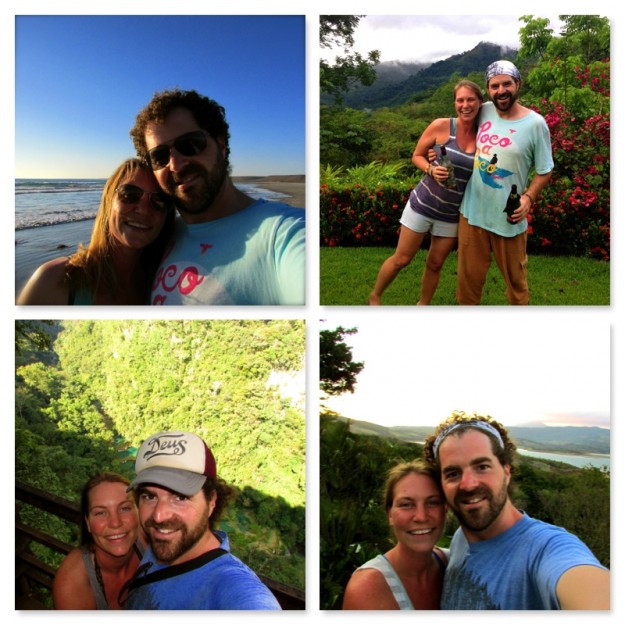 Money Matters: We thought we had budgeted six months, but at this point we’ve stretched it to over a year. The fact that Jason works while we travel, something we hadn’t counted on, really helps. It changes the trip significantly, but having money coming in definitely takes some of the stress out of the picture. Victoria also got a job at a hostel while we were in San Pedro. She made a whopping $1.50 an hour, but that often paid for a special meal or two out on the town each week, and the bar tab and free laundry were major bonuses.

Friends: Obviously we miss our friends and family from home dearly. We were lucky enough to have several visitors while on the road, including Victoria’s parents (twice!), Heather and Karyn (Venice peeps), and Lydia (one of our favorite NYC gals). We hope to have several other visitors as we make our way north, and always look forward to sharing the trip with the people we love. In addition, we’ve made a ton of new friends on the trip. There’s a unique, basic connection with other travelers that turns relative strangers into BFF’s almost immediately. It’s a shared experience and set of values that unites people from different backgrounds and cultures, creating the backdrop for some incredible nights and lasting memories. 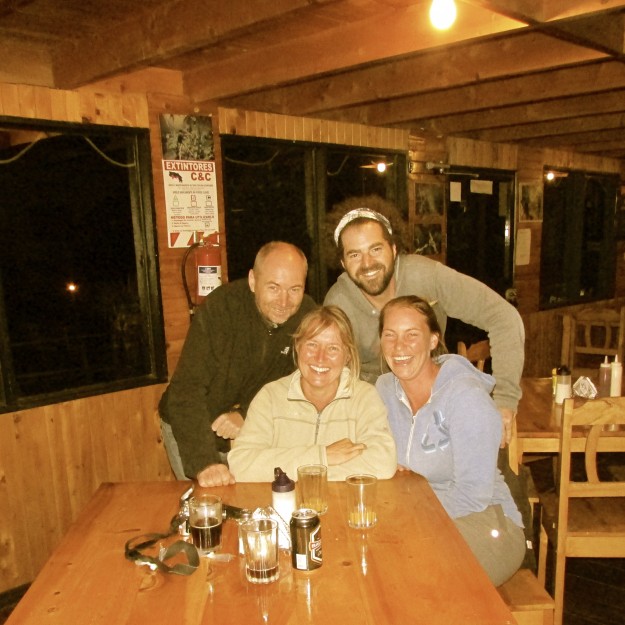 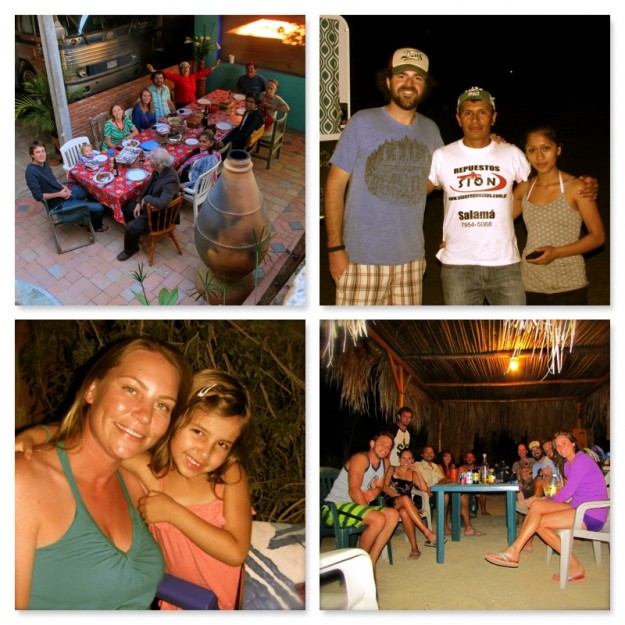 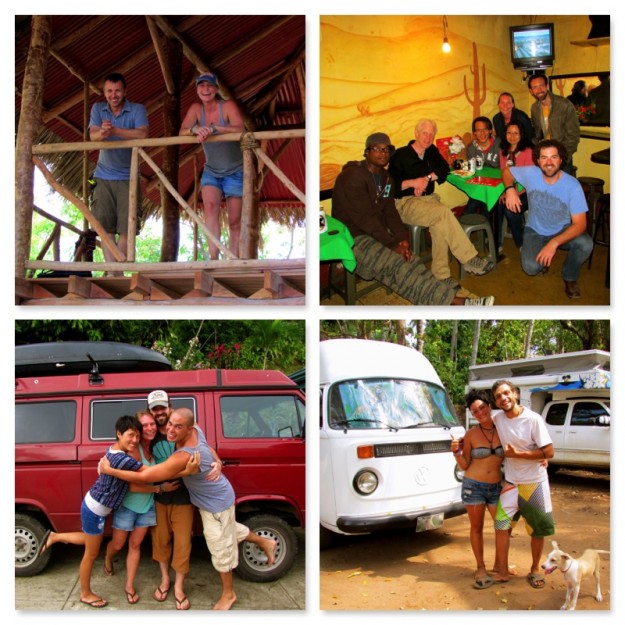 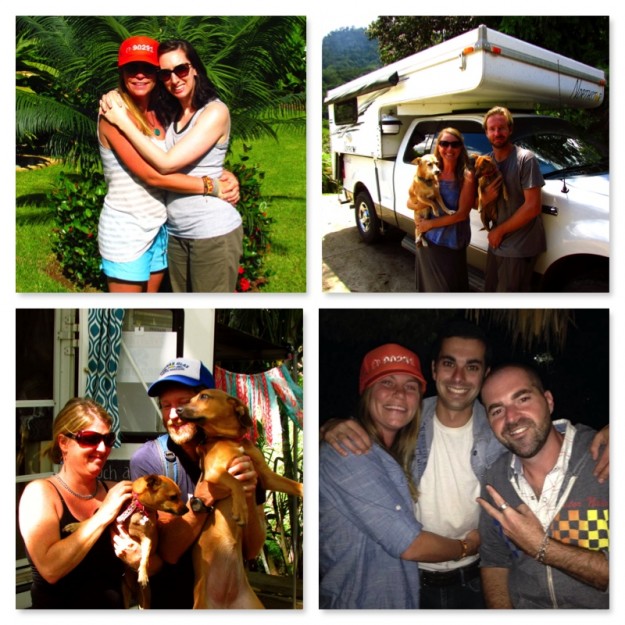 Would We Do It Again? Absolutely! Look, it hasn’t all been legendary adventures, the ‘living the dream’ ideal that many people might think it is when we tell them what we’re doing. There’s a great deal of stress, of making do without things you used to take for granted, of dealing with sick dogs, sick people, dangerous roads, unmet expectations, car trouble and scam artists. Yet we wouldn’t trade this last year for anything in the world. Traveling always expands your perspective, and traveling slowly by car gives you the opportunity to see a country through the eyes of the locals. It’s not always about the major tourist destinations as much as the unexpected detours through tiny villages you never planned on seeing. Thriving in the unexpected is a skill, and there’s no better way to learn it than by traveling slowly. There are a ton of sacrifices inherent in a journey like this, but what you gain along the way is both hard to describe, and absolutely priceless.

We head back to Mexico in a couple of days, where we plan to use all 180 days of our visa, exploring parts of the country we missed on our way south as well as returning to some of our favorite spots. We hope you’ll all continue to follow along with us, and maybe squeeze in a visit!

4 thoughts on “Guest Post: Victoria & Jason – One Year On the Road”